WAS GRAHAM BELL THE 1ST TO INVENT THE TELEPHONE?

WAS GRAHAM BELL THE 1ST TO INVENT THE TELEPHONE? 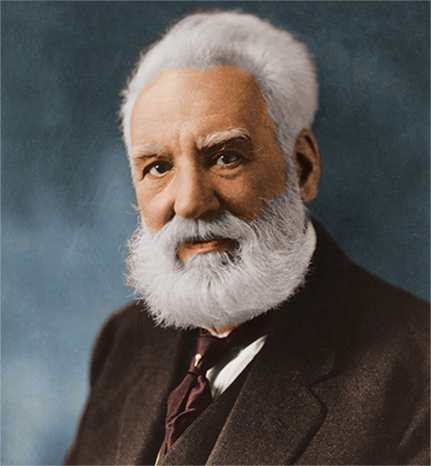 Alexander Graham Bell, one of history’s most famous inventors.

On June 2, 1875, Alexander Graham Bell and his assistant, Thomas Watson, were working on their harmonic telegraph, a device that would transmit sound at a distance via the vibrations of steel reeds charged with currents. When one of the reeds failed to respond to a current, Bell, thinking the reed had stuck to the nearby magnet used to generate that current, asked Watson to pluck the reed with his hand. When he did, Bell actually heard the sound on his receiver far away. They’d successfully transmitted sound at a distance.

However, the true drama of this origin story happened nearly a month before that patent (tellingly titled “Improvements In Telegraphy”) was awarded. It was Valentine’s Day, 1876, and not one, but two, men were racing to the Patent Office. The claim of one who got there first, however, wasn’t Alexander Graham Bell, but Elisha Gray.

Elisha Gray invented a number of telegraphic devices and in 1869 was one of two partners who founded what became Western Electric Company. On Feb. 14, 1876, the day that Bell filed an application for a patent for a telephone, Gray applied for a caveat announcing his intention to file a claim for a patent for the same invention within three months. When Bell first transmitted the sound of a human voice over a wire, he used a liquid transmitter of the microphone type previously developed by Gray and unlike any described in Bell’s patent applications to that date, and an electromagnetic metal-diaphragm receiver of the kind built and publicly used by Gray several months earlier. 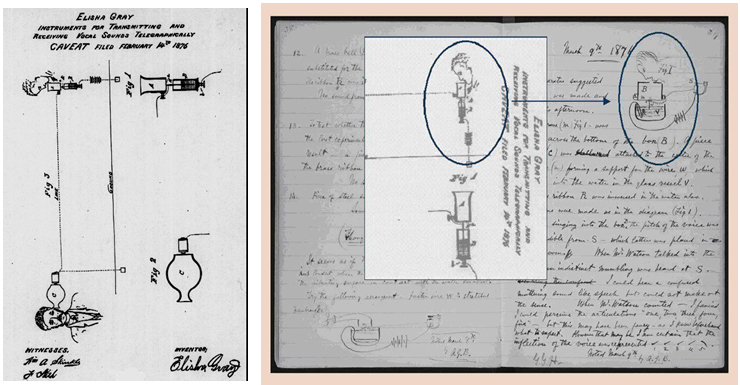 And it’s not just that Gray got there first, it’s that many scholars claim that the paperwork Bell did file that day included a section (regarding that liquid transmitter and the use of variable electric current) that had been stolen from Gray’s work. The patent examiner who looked at both Bell and Gray’s paperwork, saw this red flag and suspended Bell’s application for 90 days while he reviewed the claims.

However, Bell and his lawyer were able to persuade the examiner to lift the suspension after they produced an earlier patent filing of Bell’s that showed the use of a liquid transmitter. That filing showed that both the liquid being used and the way it was being used were not applicable to the telephone. Nevertheless, the examiner was able to be convinced and the patent was Bell’s.

How then did Bell gain credit over Grey?

First to arrive at the patent office:

Gardiner Hubbard, Bell's lead partner in what would become the Bell Telephone Company, had his lawyer file Bell's patent application for the telephone in the U.S. patent office in Washington, D.C. on February 14, 1876. Gray's lawyer filed Gray's caveat the same day. Under the U.S. patent laws of 1876 , a patent was granted to the first to invent and not to the first to file, and therefore it should not have made any difference whether Bell or Gray filed first.

According to Gray's account, his patent caveat was taken to the US patent office a few hours before Bell's application, shortly after the patent office opened, and remained near the bottom of the in-basket until that afternoon. Bell's application was filed shortly before noon on February 14 by Bell's lawyer who requested that the filing fee be entered immediately onto the cash receipts blotter and that Bell's application be taken to the examiner immediately. Late that afternoon, the fee for Gray's caveat was entered on the cash blotter, but the caveat was not taken to the examiner until the following day. The fact that Bell's filing fee was recorded earlier than Gray's fee led to the story that Bell had arrived at the patent office earlier. Bell was in Boston on February 14 and did not know this had happened until he arrived in Washington on February 26.

Gray's lawyer William D. Baldwin had been told that Bell's application had been notarized on January 20, 1876. Baldwin advised Gray and Gray's sponsor Samuel S. White to abandon the caveat and not to file a patent application for the telephone. Whether Bell's application was filed before or after Gray's caveat no longer mattered, because Gray abandoned his caveat and did not contest Bell's priority, which resulted in Bell being granted U.S. Patent 174,465 for the telephone on March 7, 1876. 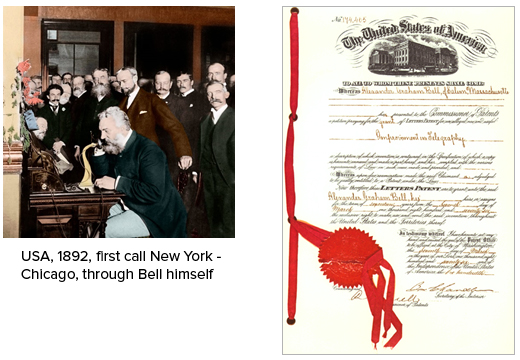